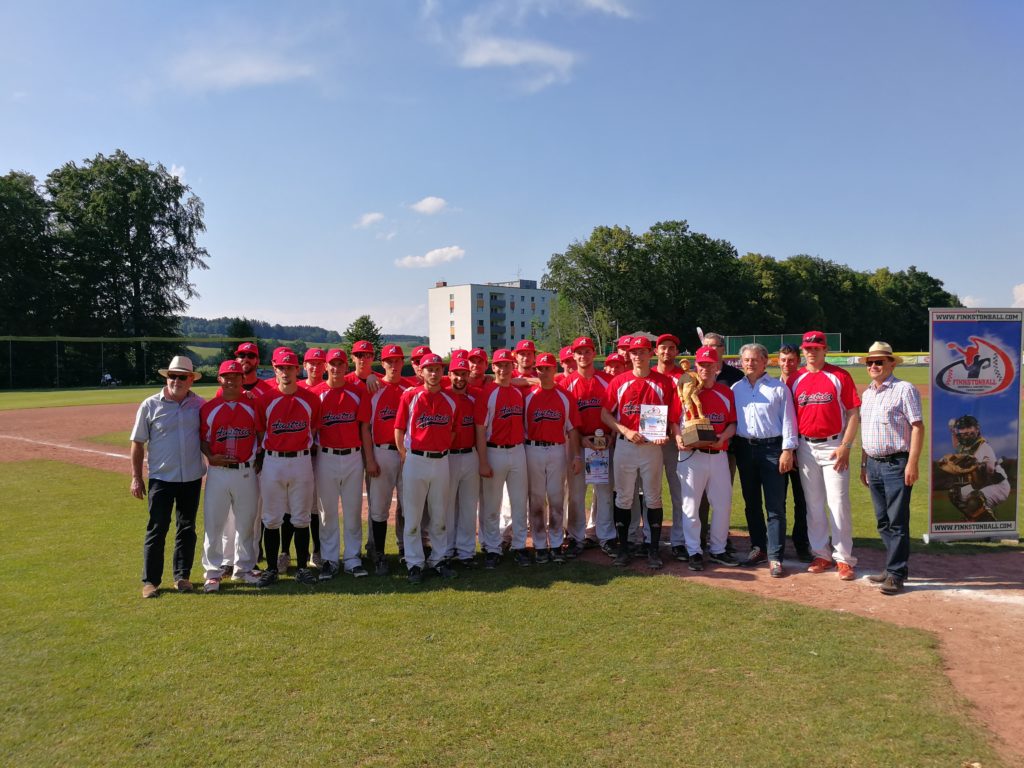 In one of the most dramatic finals of Finkstonball history, the Austrian Baseball National Team could finally win it’s first Finkstonball Trophy, walking-off in extra-innings against the ASAK Athletics.

The teams were fighting for every out and the lead changed several times. In the 8th, Austria could score one run more than the A’s, winning 10:9.

Congratulation to Austria, the new Finkstonball! We also wish them all the best for their mission to win the Euro Playoff Series in Wiener Neustadt at the end of June, to get promoted to Europe’