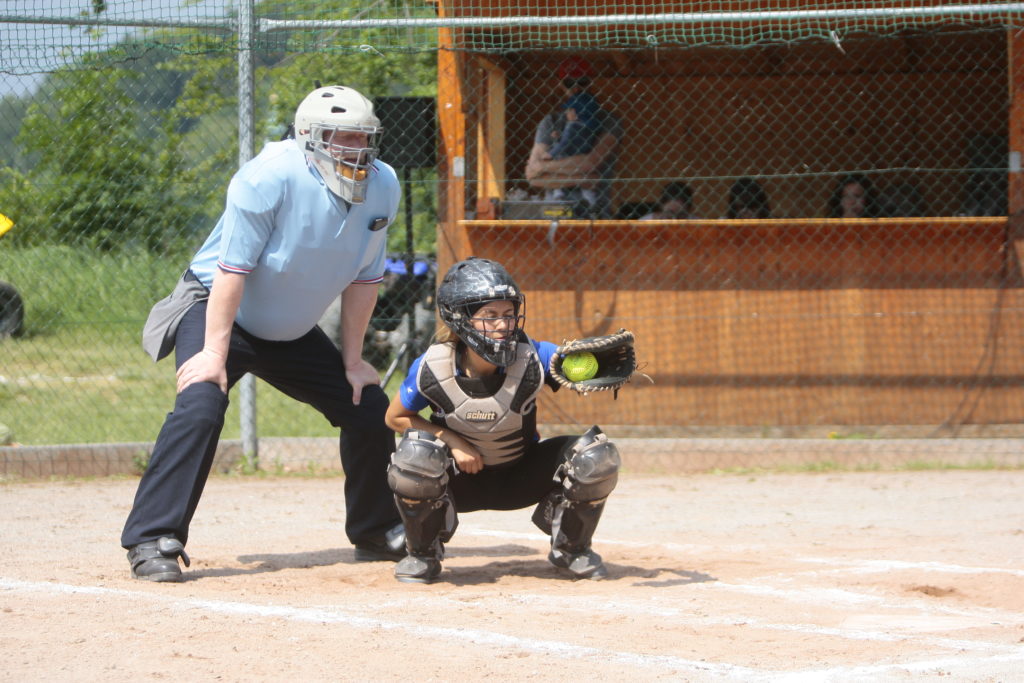 The Vienna M-Stars are Finkstonball Champion XXI!
The girls from Vienna had to take a loss in their first matchup with Team Awesome on Sunday. One day later they could take revenge when they needed it the most. From the first at bat on, the M-Stars showed the willingness to take the win home and were able to score at least one run each inning. Team Awesome had problems coping with the pitching of Carla Langthaler, who later also won the MVP award of the softball tournament. The Vienna M-Stars walked away with a 18:2 slugging fest and take home the Finkstonball Trophy 2018.

In the game for the third place, Austrian Future faced the St. Pölten Pee Wees. The future of Austrian Softball looked bright, as the team developed over the course of the tournament and could not only beat the Swiss U22 National Team the day before, they also worked very well against the experienced women’s team from St. Pölten, the capital city of Lower Austria. With the European U22 championship comming up in July, the U22 national team is looking forward to their best result in Softball Austria’s History.
[recap game=”S13″]