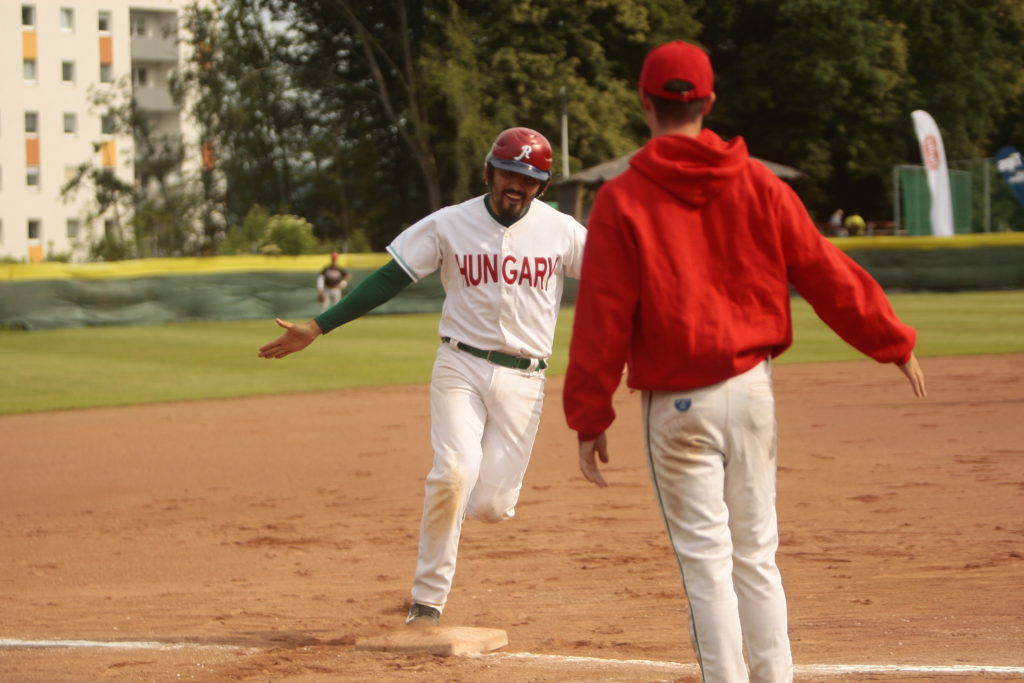 Sunday morning brought us two matchups with some great action on the field. On the baseball diamond, Vindija Varazdin tried to earn their first win of the tournament to keep the chance for the semis alive. Team Hungary was in a much better position, having their ticket to the semis in sight. It seemed like the Hungarians had a better night, starting to score from their first inning on. Meanwhile our guests from Croatian couldn’t find the rhythm, showing some miss-plays in the defense and allowing nine runs at the very start. From there on the game styed tight and Team Hungary earned win number two, to take the lead in group B. Final score: 13:1.

Meanwhile on the softball field, the PeeWees faced the U22 National Team of Switzerland. The Swiss had won yesterday’s opening game in walkoff-fashion against their Austrian colleagues. Also against the experienced tam from St. Pölten they should a lot of courage and even though the girls were already trailing 8:2, they fought back to tie the game in the second. From there on, they couldn’t keep the pace and the PeeWees came up on to. In the end, the PeeWees walked away with a 15:8-win to move on in the tournament.