We uploaded all the best-of albums of Finkstonball XX on our Facebook Page. Check them out! 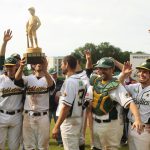 The Athletics Attnang-Puchheim win this year’s edition of Finkstonball. A nail biter final in front of a great crows at Athletics ballpark against the Austrian national team ended with a final score of 5:6 after seven innings. The Finkstonball All Stars won the softball tournament, beating the M-Stars in the final. 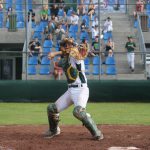 The last round robin game just finished and the Athletics beat Budapest 7:1 and will play the frogs tomorrow at 11:50 against their sister-team, the Sissach Frogs.

Next up will be the first semi final of Finkstonball XX: Team Austria vs. International Stars 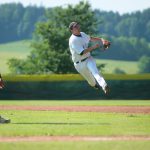 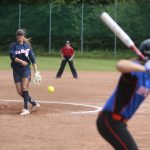 “The Finkstonball All Stars win their game against the Austrian Junior Softball National Team 16-1. Mara Benckendorff hits a homerun in the blow-out win.

Next game at the softball field will feature the two undefeated teams:

The Sissach Frogs win their first game at Finkstonball XX! BK Vindij had troubles following up with the strong Swiss offense. I the end the Croatian Team could finally score two runs, but too late to come close. Final Score after 6 innings was 8:2.